Yogurt is the New Cupcake 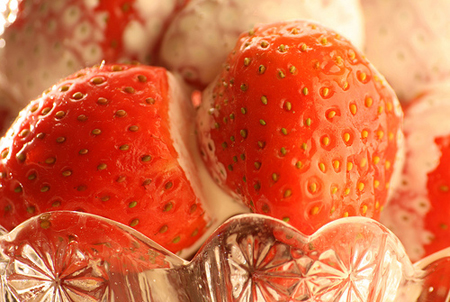 It’s funny — when I was a kid, I never noticed desserts being trendy.

But for the past year, cupcakes have been all the rage. They’re the new “it” dessert; the stylish pastry every hip chic wants to be seen baking.

Cupcake bakeries opened in every major city. Cupcake food trucks cruised the streets. Television started dedicating entire programs to cupcakes, like the Food Network’s Cupcake Wars. The fashion industry even rallied around the cupcake, as women opened clothing boutiques such as Cupcakes and Cashmere.

Our love for cupcakes made perfect sense — they’re rich, delicious, and portion-controlled. You can eat just one without fretting that you might have cut off too big of a slice.

Plus, there was no law dictating that we had to stop at just one cupcake. What’s wrong with having two?

Yogurt is the New Cupcake

Inevitably, we started wearing those cupcakes around our thighs. Something had to give. The cupcake’s reign is over.

Yogurt is the new cupcake.

Yes, yogurt. It’s pro-biotic (and therefore healthy) and easily made lowfat or fat-free with the addition of some skim milk. It’s delightfully churned from soft-serve taps, which give it softness and aeration to compliment its low-fat virtues. And it has just enough carbs and sugars to qualify as “dessert.”

Our love affair with yogurt started in 2005, when the first Pinkberry Frozen Yogurt opened in West Hollywood. Despite the recession, the yogurt biz grew — stretching all the way to notoriously not-health-conscious New Orleans.

Yoforia Frozen Yogurt cropped up as a fierce competitor, touting its 25-calorie-per-ounce desserts. It became so successful that it’s no longer accepting franchise applications in the U.S. “due to an overwhelming number of qualified candidates.”

When was the last time you heard of a chain that DIDN’T want to open new franchises? Not even Subway has turned down small business owners who are willing to PAY the parent company for the privilege of using their name. The fact that Yoforia can’t keep up with its franchise applicants highlights some CRAZY growth in the fro-yo biz.

Then, of course, there are other competitors: Yoguli-Moguli. Yogurtini. Tasti D-Lite. Menchie’s. YoGo.

So dessert lovers, rejoice. The reign of the cupcake is over. Don’t get me wrong, I love cupcakes. I wear my love for cupcakes on my upper arm fat.

But it’s time for a slimmer option. We learned long ago that yogurt is healthy, but we had to give it up when we heard about carbs. Now dessert gives us a reason to eat yogurt again.