Warning: Parameter 2 to wp_hide_post_Public::query_posts_join() expected to be a reference, value given in /home/customer/www/faceandfitness.com/public_html/wp-includes/class-wp-hook.php on line 303
 Staying Active: The Biggest Myths for Women – Face & Fitness 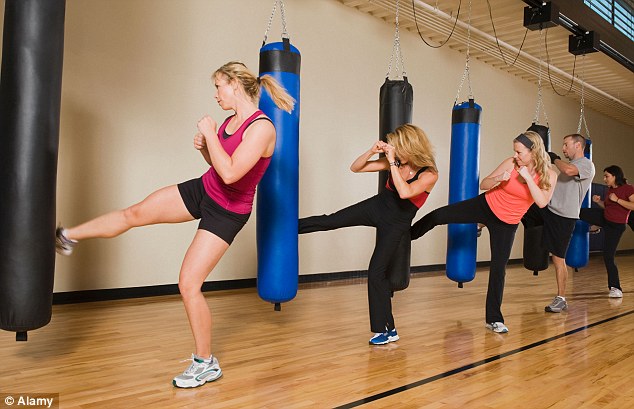 Warning: Parameter 2 to wp_hide_post_Public::query_posts_join() expected to be a reference, value given in /home/customer/www/faceandfitness.com/public_html/wp-includes/class-wp-hook.php on line 303


As we all know, we are currently in an era of exercise. This has mainly come into force over the last couple of decades, with various governmental initiatives really trying to preach the benefits of active lifestyles.

This is something that affects both sexes although as today’s title has probably already given away, we are going to concentrate on females.

In truth, the number of men and women exercising is probably a 50-50 split. Despite this, there do seem to be some myths doing the rounds about the latter, which is the purpose of the rest of this post.

Myth #1 – You’ll get bulky too quickly

Everyone wants to get toned, but generally it’s just men who want to “bulk up”. Unsurprisingly, this means that a lot of women fear getting bigger when they start training.

Well, fear not, science is on your side. Due to the fact that you don’t produce as much testosterone, it’s actually much harder to bulk up for females. And, even in the worst case, you could turn to something like breast revision surgery if you feel as though your upper proportions of your body are being affected.

For years, we have been used to hearing all about the wonders of cardio. The trouble is, it’s hard work.

Running for miles isn’t many people’s idea of fun, yet this is what you can end up doing if you are not careful.

Instead, start to consider strength training. Armed with the knowledge we shared with you in the first section, this also happens to supercharge your metabolism. It means that over the course of a day, you will have burned significantly more calories.

Should you still turn to cardio? Well, it?s obviously going to do wonders for your general health and shouldn?t be ignored. If fat burning is a top priority, there are certainly more efficient ways to achieve it though.

Myth #3 – You can eliminate fat in any area your choose

In a bid to tone specific areas, some women have bought into the notion of spot reducing fat. Unfortunately, it doesn’t quite work like this, and you can’t pick and choose where the fat is eliminated.

When you do start to lose fat, it will come off in any way that your body decides. There is no chosen way and you have little say in the matter.

While it is true that men are typically stronger than women, this isn’t a hard and fast rule. In other words, some women will be able to out-lift a man – and this means that in some cases their training plans can be the same.

There might be some exercises which are slightly more difficult to carry out because of body shape, but other than that there is absolutely no reason why a male training plan should be any different to that of a females.